New Lodge Arts were delighted to work in partnership with C21 Theatre Company to deliver ‘The Little Mermaid’.  The project ran from 25-29 July 2016 with 27 budding young performers who took part in a range of Dance, Drama and Singing workshops.  Led by an artistic team of Aaron Cathcart and Jess Dane, the young people had a fantastic time working on this project.  The final performance took place on Friday 29th July to an audience of family and friends.

One parent said ‘My children enjoyed everything about their time at the project. They enjoyed the interaction between all the children & the fun they all had together. They loved all staff members as everyone of them had taken time to get to know the children and most importantly talk to the children. They also loved performing & showing off all their hard work!!’ 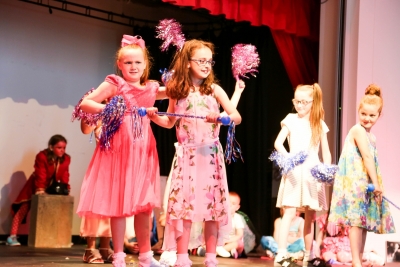 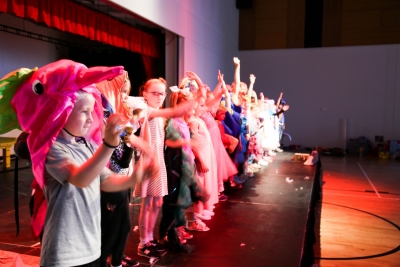 New Lodge Arts Junior Summer Arts Academy took place from Monday 1st August – Friday 5th August 2015 with 24 young people participating in the programme.  Led by Brona Jackson and Sarah Davies, the young people devised their own piece of theatre based on Alice in Wonderland. During the week, the young people took part in workshops in singing, acting and dancing in preparation for the showcase on Friday afternoon.  The performance was fantastic and showed the tremendous talent of the young people involved.  Parents were impressed by what their child had achieved during the week.

One parent said ‘both girls were full of enthusiasm going to the drama course every day, the tutors were so encouraging . They loved meeting new friends and never got bored.’ 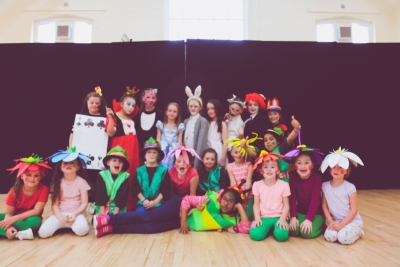 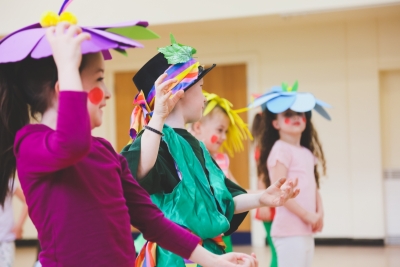 As part of this year’s Summer Events programme, New Lodge Arts delivered its third Summer Street Party.  The event took place on Lepper Street on Saturday 6th August with an exciting array of activities.  Highlights included street performances from Miss Shell, The Magilligans and The Morris Men.  Audiences had the opportunity to take part in Weird Science Workshops, W5 - Our Food, Our Health, Our Planet workshops and an array of arts and crafts.  There really was something for everyone and it was fantastic to see the local community, young and old, united together to celebrate arts and culture.

Anne Delaney, Arts Programme & Operations Manager, New Lodge Arts was delighted with the event: ‘Our third Street Party was a definite highlight of this year’s Summer Festival. The sun shone all day and the audiences were impressed by the fantastic variety of activities available’. 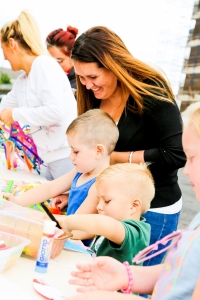 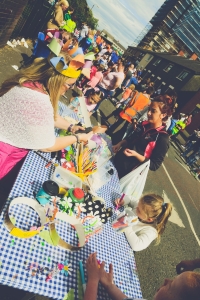 We were delighted to work in partnership with C21 Theatre Company again on this weeklong programme in Girdwood Community Hub.  The young people worked hard throughout the week learning their parts, practicing dance routines and singing the familiar songs such as ‘I want to be like you’ and ‘The Bare Necessities’.  There was great talent in the group who all thoroughly enjoyed the week.   The showcase in Girdwood on the Friday afternoon was enjoyed by family and friends.

Anne Delaney, New Lodge Arts said ‘The young people really gave it their all this week and pulled out all stops to make the performance happen! Working in partnership with C21 Theatre Company brought new dimension to our programme and gave the young people a chance to work with new artists.  We look forward to further collaboration in the future.’ 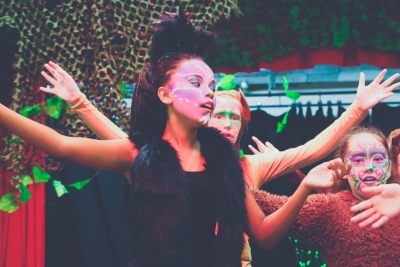 For this year’s Summer Arts Academy, we were delighted to stage a production of the hit musical – Hairspray led by Sean Mullan (Artistic Director) and Rochelle McParland (Choreographer).

The rehearsals were held during the weeklong residential in Lorne House, Holywood.  The young people were immersed in a busy schedule of singing, acting and dancing in preparation for the Saturday night showcase.

Over 200 people attended the performance in Girdwood Hub on Saturday 13th August which showcased the talent of the young people.

Anne Delaney, Arts Programme & Operations Manager said ‘A 5-night residential was an ambitious programme for us but it definitely paid off. The young people were committed to making the showcase a success and worked very hard during the week.   The participants had a fantastic week – and were extremely well looked after by the New Lodge Arts staff team!’

Mena Singh, 16 from North Belfast said ‘This was an amazing experience for all us young kids and it's brought different cultures and beliefs together it and the best part was knowing cared about their different backgrounds we all got along together as a big family.’ 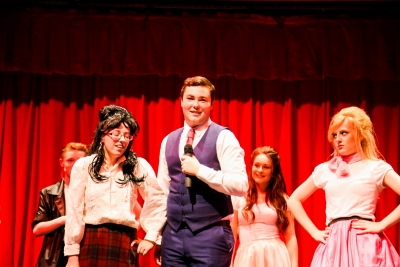 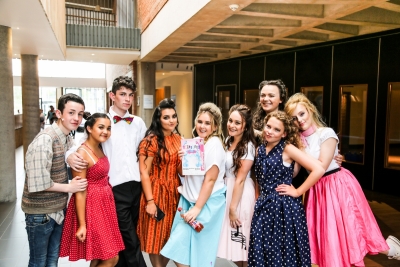 We were delighted to work in partnership with NACN Theatre Company in Rathcoole on this year’s TBUC Summer Camp – Acting Up funded by The Executive Office.  The group included 20 young people New Lodge Arts and Newtownabbey Arts & Cultural Network Theatre Company. The project included Drama Workshops, Teambuilding and Outdoor activities.

The group headed off to Greenhill YMCA in Newcastle and enjoyed a series of workshops, high ropes, bouldering, team challenges, drama sessions and teambuilding.  The group had an amazing experience on the residential and it was clear to see the positive impact of using arts a as a tool for bringing people from different cultures together.

The group worked towards a performance at Culture Night in Belfast on Friday 16th September 2016. 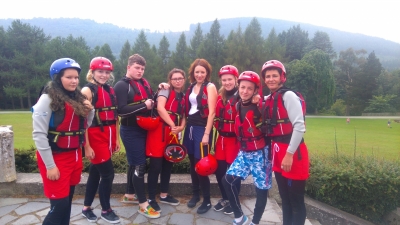 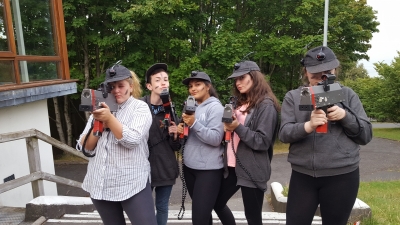