Beauty and the Beast

This year’s annual North Belfast Pantomime led by Ashton Community Trust and produced by New Lodge Arts was the much loved tale – Beauty and the Beast.  Young people from local communities including Cliftonville, Shankill, New Lodge and Westland took to the stage in Girdwood Community Hub on 6th & 7th December 2016.

Sold out over two nights, this lively performance included the hit songs ‘Be our Guest’ and ‘Beauty and the Beast’.  Packed with humour, this re-invented script tells the story of  the classic tale of Beauty and the Beast with a modern twist.  The audience fell in love with fast talking French poodle ‘Felix’ played by Morgan Preshaw and the fantastic Dame ‘Ma’ played by the hilarious Manus Corr. Ma’s one liners and quick wit had the audience roaring with laughter from start to finish.

Cecilia Heron, Good Relations Art Worker said ‘The young people and artistic team really pulled out all the stops this year – it was an amazing performance  and we are all very proud of what they achieved in such a  short space of time.  They all worked tirelessly to make it a fantastic show and the talent on stage was outstanding’.

George Savage, 15, who play the role of the Prince said ‘After three pantos, I thought this one was the best!  I loved being part of it and meeting new people.  I am ready to take on more leading roles in the future.’ 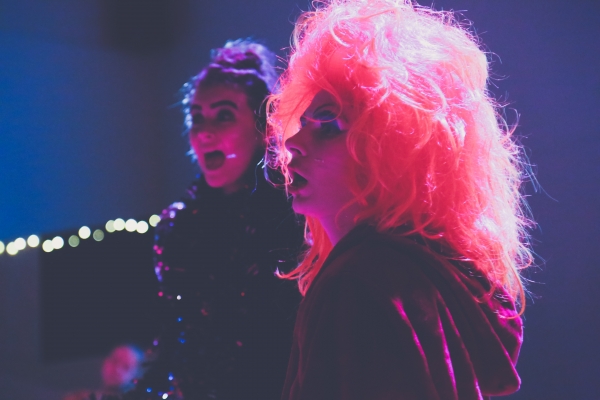